Are Infographics Still Valuable for SEO? 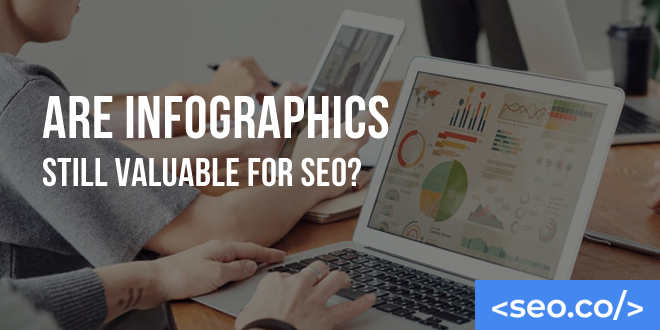 The infographic is certainly not a new tool for those looking to boost search engine optimization. In fact, the popular infographic is close to celebrating its 10th birthday as a useful and meaningful way to provide readers with new knowledge and real value while boosting a website’s overall profile in the process. This leads many people to simply assume that the infographic is yesterday’s news, last year’s tool, and no longer a valuable part of SEO strategy and planning. That simply could not be further from the truth. While many tried and true methods of search engine optimization have fallen by the wayside during the infographic’s rise and reign, the graphic itself still contributes meaningfully to user experiences, website SEO performance, and backend processes for website owners. Consider the following key reasons to keep researching, assembling, and publishing these engaging visual masterpieces.

1. Infographics Contribute to Other SEO Resources To create an effective infographic, today’s website owners need to conduct a large amount of research so that they can present new and quirky information in an engaging way. That research is not a one-off thing. In fact, good research can pay dividends when creating an infographic and it can actually lay the foundation for further publications that draw even more users in. Consider that this information could also be published in the form of a valuable blog entry, a useful and authoritative whitepaper, or a series of social media posts that help the website build its engagement levels and create a viral following on Facebook, Twitter, Tumblr, Pinterest, and other networks.

Working on infographic research is a long-term commitment to publishing valuable content on a given topic. For this reason, the process should be considered an investment in SEO that can extend to social publishing, blog use, paid whitepaper marketing, and much more. A blog entry that breaks controversial news or discusses quirky statistics tends to explode in popularity upon publishing but fizzle out soon thereafter. Users read the content, comment on it, and perhaps share it with a friend or two. The process that ensues after publication of a popular infographic is somewhat different. While there’s certainly a burst of initial publicity and interaction, infographics tend to be shared for far longer periods of time than their blog post counterparts. In fact, infographics whose basic statistics and factoids remain current can be shared for years at a time.

Since the company’s logo or URL is included in the infographic, this acts as a long-term promotional material that increases visits from social media and external websites. That’s exactly what search engines like Google are looking for, and it’s a fantastic way to commit to a long-term elevation in a site’s search rankings and total performance.

3. An Infographic is a Visual Representation of a Website’s Brand

The great thing about an infographic is that it can be built by designers to deliberately reflect a company’s visual aesthetic and overall tone. Does the website typically engage in sarcastic references and quirky jokes? An infographic can reflect this very well. Does the site have a given color scheme or attractive logo? These things can also be worked into a great infographic by the most highly skilled designers currently honing their craft.

Think of an infographic not just as a way to virally communicate with outside users and websites, but also as a way to engage in product placement. With the right design philosophy, the image can serve as a source for natural link building to share or as a more compact version of the site’s message, mission, tone of voice, and branding decisions. Combined with its evergreen tendencies, this gives the creator a great deal of virtual staying power after publication.

4. A Great Graphic Can Gain Traction Where Other Methods Fail

One of the biggest hurdles facing upstart websites is their inability to connect with more seasoned resources and draw users who feel that their needs are already being met by an established online content hub. Infographics, with their visual appeal and alluring way of presenting information, can change all that. In some cases, they might serve as impromptu guest posts on other blogs with a great deal more authority. Some companies might “steal” the infographic and publish it as part of their own social media feeds. They’ll give appropriate credit, of course, but this action is largely seen as an endorsement of the publishing website’s authority and legitimacy. Increased user visits may follow and, with consistent publishing of new content that exudes the same level of information and attitude, those users will likely stick around and be proud to have found a new resource.

It’s often said that a picture is worth a thousand words. In the online world, where text is common and “Too Long Did Not Read” is a popular acronym, infographics break through the noise and cause both users and other publishers to take notice. Traction is important online, and this is one of the best ways to gain some. Ever notice that a newspaper’s biggest element above the fold is an image and not the headline? There’s a reason for that: In study after study, over multiple decades and several generations, researchers have found that people are up to 40 percent more likely to respond to visual content than they are to respond in the same way to the written word. Sure, people like to read when it concerns their interests or the way they do things on a daily basis. They need to be enticed, however, and the best way to do that is with useful and informative visuals.

It is this tendency to respond with greater frequency to visual stimuli that makes infographics such an appealing part of a broader SEO strategy. As mentioned above, a photo can be worth a thousand words. An infographic that sits above the “noise” of written blog content and attracts users to a new website can be worth a thousand hits. Give people something to look at, something pleasing to the eye, and they’ll respond accordingly as click-through rates soar and bounce rates decline.

Picture a bar chart showing some sort of important data set. Now, imagine how long it would take to turn that visual bar chart into a paragraph or two of written content. It’s no doubt an extensive undertaking, and one that is highly likely to bore readers to the point that they leave the site in favor of something a bit more engaging. There are certain things that just don’t translate well to the paragraph style associated with modern blog entries. Facts and figures, statistics, long-term trends, and mathematical calculations require a visual component in order to be easily conveyed, thoroughly understood, and free of excessive word salad that might turn users off.

Use infographics to turn complex stats and mathematical concepts into accessible, user-friendly visualizations. Visitors will be thankful that they got to avoid the long-form, almost professorial explanation and they’ll certainly be more likely to share that information with friends via social media or other means.

A Useful Tool That Makes a Real Difference for SEO Purposes

The infographic might be a seasoned veteran of SEO and online promotion, but it has by no means decreased in utility. These unique graphics give website owners the opportunity to condense complex information, create viral sharing opportunities, and cater to an audience that simply prefers visual stimuli to the written word. For this reason, the infographic will likely remain a valuable SEO tool for many years to come.

Over the years he's written for publications like Marketing Land, Search Engine Journal, MarketingProfs and other highly respected online publications. Connect with Tim on Linkedin & Twitter.

Industry veteran Timothy Carter is SEO.co’s Chief Revenue Officer. Tim leads all revenue for the company and oversees all customer-facing teams - including sales, marketing & customer success. He has spent more than 20 years in the world of SEO & Digital Marketing leading, building and scaling sales operations, helping companies increase revenue efficiency and drive growth from websites and sales teams. When he's not working, Tim enjoys playing a few rounds of disc golf, running, and spending time with his wife and family on the beach...preferably in Hawaii. Over the years he's written for publications like Marketing Land, Search Engine Journal, MarketingProfs and other highly respected online publications. Why Is SEO So Expensive? 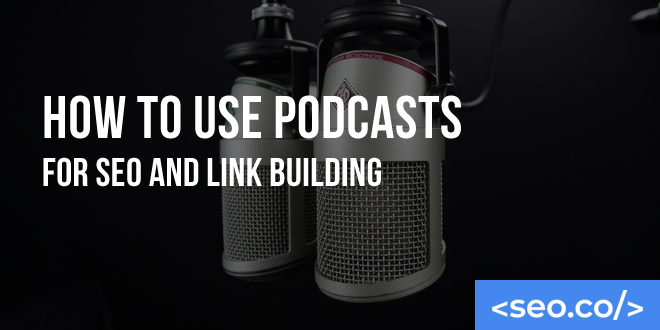 How to Use Podcasts for SEO and Link Building in 2020